Tax Mitigation Playbook: What is “Boot” in a 1031 Exchange?

The term boot is commonly used when discussing the tax consequences of an exchange. However, the term “boot” is not used in the Internal Revenue Code or the Regulations. Which is a source of confusion.

The “Boot” received is the money or the fair market value of “other property” received by the taxpayer in an exchange. You will be taxed on this portion – clients that work with our CFP’s® determine if that boot is the right amount to take inside of their InSight-Full® financial plan.

Unlike property or non-qualifying property such as securities, cash, notes, partnership interests, etc. A taxpayer who receives boot (“unlike” property) will have to recognize gain to the extent of the net boot received or realized gain, whichever is less.

In exchanges, there are two types of boot: 1) cash boot and 2) mortgage boot. Boot is anything that is not considered “like-kind” that the taxpayer receives in an exchange.

This version of boot is a debt instrument that is secured by real estate collateral that the borrower is obligated to pay back over a period of time with a predetermined set of payments, which include both the loan and interest. A mortgage boot occurs when the exchanger reduces a loan or debt from one property to the other.

A lack of political clarity means not knowing whether Democrats can push their legislative agenda faster. If Democrats gain control of the US Senate, Republicans 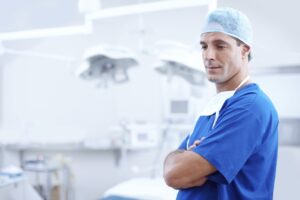 How Dentists Can Increase Revenue

There is a wall street mantra, “you can’t cut your way to growth” and that is as true for your dental practice as it is