For many, financial abuse comes long before other forms of domestic violence. It is a sly and gentle form of control that can exist from the very outset of a relationship, over develop as a form of manipulation over time. Helping a person “budget”, managing all the b

ills, making all of the investments, are initial forms of control that

might seem innocuous, but can develop the dependency required for financial victimhood. (“How Money Traps Victims of Domestic Violence”) 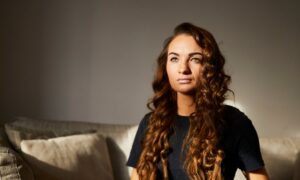 Financial Abuse is really the most damaging form of domestic abuse, but it might be the most enabling for other forms of violence. It usually takes a back seat to physical, verbal, and emotional abuses when being discussed by therapists and counselors. But it is as much a tool of abuse and oppression in a bad relationship as any. The use of financial controls often keeps people in relationships where they are further subject to other forms of abuse.

What’s more, financial abuse is often the first sign of dating violence and domestic abuse. Consequently, knowing how to identify financial abuse is critical to your safety and security. Additionally, knowing about the resources available and the professionals who can support your efforts is an early defensive measure available to victims.

“Money is among the most powerful weapons of control in a relationship, but little attention is being paid to the financial aspects of domestic abuse.” (Smith)

In 98% of abusive relationships, the number one reason the victim sites that they stay in the relationship is financial. Yet 78% of rank and file Americans don’t note financial abuse as a form of domestic violence. (“Financial Abuse – PCADV”)

At its root, financial abuse involves controlling a victim’s ability to acquire, access, use, and maintain financial resources on their terms. (“How to Identify Financial Abuse in a Relationship”)

Those who are victimized financially may be prevented from working outright, forced to take lesser paying jobs that keep them home more, and in many cases aren’t allowed to have their own, “independent” money and accounts. These are all forms of Finacial Abuse. This collection of measures often results in limiting the individual’s ability to generate income in the present and likely in the future. As a result, it limits the inflow portion of the equation in financial abuse.

The second layer in financial abuse is limiting any current access to money. A victim may also have their own money restricted or stolen by the abuser. Rarely do victims report having complete access to money and other financial resources (“NNEDV”). When they do have money, they often have to account for their spending. This manifests in a few ways including allowances, reviewing transaction histories on debit and credit cards, and the ever-looming presence of monitoring and controlling the outflow of money. Some of this behavior runs along the lines of proper financial stewardship, which can be the source of the gaslighting. But ultimately, if the power balance in this reviewing of the financial records is not done for planning purposes but rather for control, then the “good” of planning is replaced by the “bad” of financial control and abuse.

The results of Financial Abuse

Research shows that victims often become concerned with their ability to provide for themselves financially (“NNEDV”). The presence of children only furthers that concern. Financial insecurity then becomes one of the top reasons victims fail to leave, and/or return to their abusive partners. The continued effects of financial abuse are often devastating. Victims feel inadequate and unsure of themselves due to the emotional abuse that accompanies financial abuse. 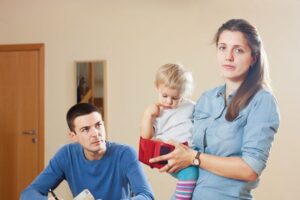 Victims often report that their “worth” in the relationship became tied to their financial worth, which was often beyond their control. This forges a vicious cycle of negative self-worth and reinforcement by the inability to provide for themselves. Victims also have to go without food and other necessities because they have no money and limited access to financial support. Financial abuse often delays or makes escape plans impossible, which opens the door to further and more severe forms of domestic abuse.

Financial abuse exposes victims to additional forms of abuse and further violence. Without access to money, credit cards, and other financial assets, it’s extremely difficult to do any type of safety planning and escape planning. (OHCHR)

For many, the immediate safety plan requires distancing themselves with a discrete location where they can rebuild their lives. When an abuser is particularly violent and the victim needs to leave to stay safe, this is difficult without money or a credit card. This is all according to plan for the abuser. (“How Money Traps Victims of Domestic Violence”)

For those who do escape in the short term, financial abuse creates a knock-on effect in the long term. The lack of credit history, permanent place to live, and capacity to earn have been diminished for years. This means the subsequent legal battle becomes harder and tentpoles for developing a financial plan may be non-existent. Upon escape, they often find themselves in a new extreme and find it difficult to obtain long-term housing, safety, and security.

Many victims stay with or return to their abusers due to concerns about financial stability.

Isolation is a core tactic of all abusers. So, financial abuse is the goal of isolating victims from money, resources, and people who are willing to help manage money and resource. Because victims often become financially dependent on their abusers their ability to seek support, escape, and safety is removed from them. The financial dependence created by the abuser traps them in the relationship. Without resources, they are unable to see a way out of their situation. 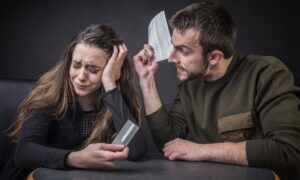 There is no one method or tactic used by abusers, but they all have similar goals, to diminish and reduce a victim’s access to the inflow and outflow of money. Some of the tactics victims have reported experiencing are noted below:

Many of the instruments to generate money are non-financial in nature and limiting and controlling access to those tools is part of a greater strategy to control the financial assets to the benefit of the abuser. Limiting access to:

Are all vital to developing your own financial power and controlling those means of production is essential for anyone attempting to take advantage of your situation (“Financial Abuse – PCADV”).

Using Your Money and Your Name

When a partner or spouse uses or controls the money that belonged(s) to you this is part of the broader attempt to control you in the process. This often comes in the form of ‘help’ but can quickly become a point of leverage.

Here are some examples of this exploitation:

The long-term distrust this maneuvering sows is also unsettling. Victims recovering from this abuse find it difficult to share and discuss their finances as a result of the abuse.

Interfering With Your Job and Employment Sabotage

Victims often report that their abusers targeted their reputation at work, and limited their ability to work more hours, seek promotion opportunities, or take on a job entirely. All of this falls into the realm of Financial Abuse. Prolonged exposure to this behavior can lead the victim to lose precious earning years, take on opportunities that change their earning outcome, and in the most extreme cases liit the victim’s capacity to seek economically appropriate employment even after the exit plan is in effect. Permanently, eroding the victim’s future prospects and causing in many cases the victim to backslide into the hand of their abuser.

Here are some examples of this exploitation:

Employment sabotage has permanent impacts on a victim’s future financial outlook. Targeting a person’s long-term capacity to earn is equivalent to controlling their future and any mistreatment in these spaces should be reconciled immediately.

The partnership should come in equal parts, and while one party may have more time, talent, and passion than the other for managing money, the only way to truly commit to this partnership is by having a role in its management. Even in a partnership where one person acts as the family CFO, is it important to ask questions, review documents and form an opinion about the finances. Consigning 100% control over household financial resources is a mistake, and any objection to transparency is a red flag.

Here are some examples and warning signs of controlling shared resources and assets:

No two victims of domestic violence, report having the same experience but a major common thread that many victims share is the lack of economic control before and during their time as victims (Adams). Knowing the early warning signs, and negative milestones of Financial Abuse is important to identify if you or a loved one is becoming entwined with a financial abuser.

All forms of abuse are dangerous, but financial abuse might be harder for people to see from the outside of the relationship. Some of the tactics here are important to recognize to prevent the next victim.

Gordon, Sherri. How to Identify Financial Abuse in a Relationship. www.verywellmind.com, 2020.

Smith, Anne Kates. “How Money Is Used as a Weapon in Relationships.” Kiplinger, https://www.kiplinger.com/article/spending/t065-c023-s002-how-money-is-used-as-a-weapon-in-relationships.html. Accessed 23 February 2022.

Resource from Bankrate to Help Rebuild After Financial Abuse: https://www.bankrate.com/personal-finance/rebuild-finances-after-financial-abuse/

PrevPreviousWhat might a Russian war do to markets?
NextTax Mitigation Playbook: is this a property “exchange”?Next

Large savings account but not ready to buy a home yet, options?

This may be the most difficult time for savers looking to buy a home. As interest rates have plummeted making it more affordable to buy 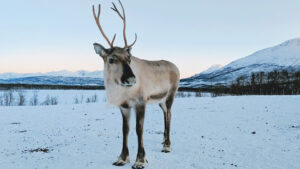 Rudolph with Your Nose So Bright

If you don’t recall the most famous reindeer of all, Rudolph, the Montgomery Ward creation possesses the special characteristic to guide Santa’s sleigh among a

Should you pay off your credit card or save?

The short answer is usually to always pay off high interest erosive debt like a credit card first (The First 8 “Good” Money Habits). You