What about ‘Taxmageddon’ should you be worried about?

What about ‘Taxmageddon’ should you be worried about?

For years, the common belief has been that taxes, particularly income taxes, will be lower in the future for workers. That differing tax into the future almost always meant keeping more money in your pocket. But now, maybe not. The lower individual federal income tax rates ushered in by the Tax Cuts and Jobs Act (TCJA) are already scheduled to expire at the end of 2025. But with Biden’s November victory that looks to change sooner rather than later. We think the most likely and probably the best-case scenario would be a return to the pre-TCJA deal starting in 2021. This means a reversion for most earners to pay the same rates they were in 2016 and the decade prior. For many, this means about 2-3% higher taxes in their effective tax rate.

The worst-case scenario we anticipate would include higher rates on ordinary income. And higher rates on dividends and long-term capital gains too, which are currently taxed at 0%, 15%, 18.8%, 20%, and 23.8%. These rates, often criticized as being far lower than the income rate, are likely to see some changes. Both in the top-line rates, with Bidens’ opening bid raising that to the ordinary income rate. It’s very likely to see the benefits of such a low tax threshold become a source of change.

The next, worst-case scenario will be if Washington includes eliminating more write-offs for individual taxpayers, while simultaneously subjecting all wages and self-employment income to the dreaded Social Security tax. This would be 6.2% withheld from employee paychecks but 12.4% from self-employment income. A major change for independent contractors and the self-employed.

The absolute worst-case scenario that we can imagine for investors and workers, is that most or all of these changes, and more, are imposed retroactively. Meaning that the damage has already been done and that the proposed changes could be from as early as the start of 2021 (unlikely but possible) or from the proposal of the legislation which could mean the changes are in effect as early as May of 2021.

What should we be doing if ‘Taxmageddon’ is real?

First, make some assumptions for what your income is going to be over the next 3-5 years. This will help you uncover some of the tax issues for those in the highest two tax brackets. If you are individually making more than $207,000 or jointly making $414,700 you should be reworking your assets today, to be able to handle the coming changes.

One of the oddest recommendations, as alluded to above, is that if you’re traditionally differing taxes, is to realize some gains sooner rather than later. This might be a first for many investors who have not seen a tax increase, particularly one that affects the capital gains process.

Read More »
PrevPreviousWhat is ‘Taxmageddon’?
Next‘Taxmageddon’ deferral strategies that you might want to punt onNext

The three takeaways in this article: What you can expect regarding the Increase Capital Gains Rate How Estate Planning & Gifting will change next year 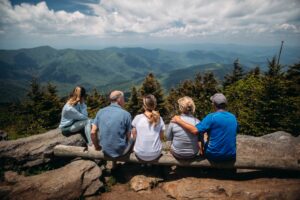 Focusing on the Health in Healthcare Cost

Healthcare Cost hasn’t gotten any cheaper so what are we doing to help clients reduce its expense? InSight was founded on the belief that there

Simple without being simplistic Annual Contribution Max: $13,500 Why we like SIMPLE IRA’s: They are easy to set up and require little to no fiduciary