We’re currently looking for major overhauls in taxation for corporations and people in the coming years. General civil unrest, combined with decades-long examples of corporations and individuals paying no and very little taxes, is causing a groundswell of discussion in Washington regarding changes to the IRS practices, the rules for carried interest, and the tax bracketing system. Couple this with a massive infrastructure bill on the heels of the Jobs and Tax Cuts Act and the U.S. is finally feeling the pressure to pay for the spending it has racked up since 2008.

The easiest way to pay for this 13-year long spending spree will be to turn to the corporations and people who have seen their fortunes impacted the most. The “tax the rich” cries are ringing out from both parties and a need to bring taxes up to resolve debt is becoming more and more immediate.

The first pitch in this game has come from the Biden administration. With several proposed changes affecting inherited wealth, treatment of capital gains, and raising the corporate tax rate back to the 2010’s range. There will be huge shifts for the wealthiest Americans, and even for those who will dip into that range for a year or two as they sell property, their businesses, and begin shifting assets to the next generation.

Taking steps to defer your federal income bill is usually a good idea, especially if you expect to be in the same or lower tax bracket in future years. If that assumption pans out, making moves that lower your current-year income will, at a minimum, put off the tax day of reckoning and leave you with more cash until the bill comes due. If your tax rate turns out to be lower in future years, deferring income into those years will cause the deferred amount(s) to be taxed at lower rates. Great.

This confluence of historically high pent-up capital gains and what might be a purge of those positions in 2021 to avoid the tax consequences in the years to come has made for a major (albeit temporary) shift in the tenured financial advice many are used to. Some elements will still support the goals and efforts of workers, but many will be turned on their ear and are downright bad advice given these proposed changes.

Read More »
PrevPreviousTax Mitigation Playbook: Does it make sense to do a 1031 exchange?
NextWhat about ‘Taxmageddon’ should you be worried about?Next

Tax Mitigation Playbook: is this a property “exchange”?

A sale followed by a purchase does not qualify as a 1031 Exchange. Rather a process of intention needs to be in place to qualify

The bandwagon effect, or groupthink, describes gaining comfort in something because many other people do the same. After all, “there is safety in numbers” correct? 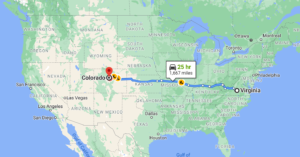 Why I moved to Boulder, Colorado and started my own Registered Investment Advisory Business

To start, I grew up in Northern Virginia, right outside of Washington D.C. I am the youngest of three boys who live all over the