A Bear Rally is a short, swift, updraft in stocks that can end as quickly as it began. Here are the four signals to avoid.

Markets will routinely go through bouts of extreme buying during a bear market. There are several fundamental and technical reasons why markets “rally” at these times amid broader weakness in the market. The market this time has just come off its 4th bear market rally of the 2022 selloff.

These “false” turnarounds can be frustrating to the casual observer. A feeling that the market is random and chaotic can lead people to become frustrated during these moments of euphoria, only to be quickly rebuffed by another violent selloff.

At some point, these turnarounds stay intact and the Bear market rally is seen for what it is, the beginning of the next bull.

Here are some of the important topics to keep in mind to determine if we are looking at a new Bull, or another Bear.

If markets were perfectly logical they would be rather dull. If smart people reached the same conclusion regarding the future value of dollars (inflation), corporate revenue (earnings), and cost of capital (debt) then the auction that is the market would see a very narrow band of trading. But, it’s not, there is a maelstrom of emotion that accompanies markets and this market is no exception.

The rally from the June lows, to the most recent selloff, started at the Fed meeting in June and ended in mid-August (Bear Rally 4). The “Dovish Pivot” was the culprit – the belief that a small part of Jerome Powell’s update in June was dovish, and the “feeling” that the rate hiking cycle would come to an end sooner. This was both a fundamental shift in markets and an emotional one. One that we at InSight, didn’t share. We either didn’t hear this new dovishness, or we didn’t believe in it.

This Bear rally was an abrupt reversal of the trend based on emotion, which you might assume is not a reliable and lasting reason for markets to change course, and you would be right. These good times were quickly brought to an end with more commentary from fed chairs and economists in August and were fully doused by Powell’s speech on September, 21st.

Trading markets on emotions is hard, and for that, we look for momentum to confirm our emotions and use the MACD reading to understand when emotional buying has turned into momentum buying. We try not to fight the momentum in markets.

When markets turn around, it happens quickly, and no one wants to “miss out” on the bottom. This causes abrupt buying at symbolic (not fundamental) levels or in single stocks or sectors. Some stocks serve as a bellwether for markets, Trains, Chips, and Logistics companies can tell us when the market is healthy and the supply chain orderly. But when one group of stocks march higher alone, it is likely a false rally and they will routinely be brought back with the border market.

The US Technology Index registered a bear market on March 14 when it closed down 19.8% from its peak on Nov. 22. The index then zipped higher, gaining 17.3% as of March 29 before resuming its downward trend. The index lost 27% between its March 29 close and its June 16 low.

There was a “buy the dip rally” in a Bull Market for well over a decade. So, traders and investors have been conditioned to buy up markets trading on lows. Markets registering short-term (1 and 3 month lows) have been quickly reversed since the financial crisis.

The great financial crisis ushered in an era of seemingly unlimited accommodation from the Fed and every dip was met with more and more liquidity from investors and the government. Operating in unison, the market drawdowns were short, and bull rallies were profitable.

The Bear Rally (2) of this cycle was met with no such injection from the Fed and the rally petered out when traders ran out of money. This reversal was confirmed as the market headed lower from Bear End (2) into Bear Start (3). A lack of dry powder meant there was less capacity to continue buying up the market.

There was no confirmation in the rest of the market, and it was proof that while technology is the most important sector in the SP500, it alone cannot fix weaknesses in other market sectors.

Beware of Oversold conditions that cause bear-market rallies. This is also known as a bear trap, a sucker’s rally, or a “dead cat bounce.” Frequently bottoms are found when conditions on the Relative Strength Index (RSI) reads “oversold” so traders and investors misinterpret these as bottoms, especially early in a bear market. The Bear Rally (1) is a good example of this:

A phenomenon in bear market rallies is the snapback or dead-back bounce. When stock prices deteriorate so quickly, the oversold conditions are met, and the traders look to profit off the short-lived really to come. Oversold conditions are routinely bought up quickly – but they are quickly reversed when the longer trend catches up with the short-term trend. Oversold, or overbought conditions are usually reached when a chart favors the bias of a daily trend over a weekly trend.

Rallies based on “oversold” conditions very rarely last longer than a couple of weeks. 6-15 trading days at the most, before the more powerful long-term trend, exerts its pressure over the short term.

Continued in Part 2: When does a Bear look like a Bull? What to Look for

PrevPreviousHow to Survive a Bear Attack? (Pt. 2)
NextWhen does a Bear look like a Bull? (Pt. 2)Next 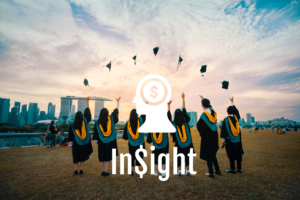 Manage risk, not return – the timeline for college planning is somewhere between 0 and 20ish years. And unlike most of your investments listing the

Dentists have a unique professional path so they should have a unique financial plan. They can double as a full-time practitioner and a CEO of 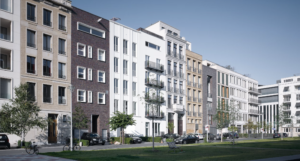 Tax Mitigation Playbook: Who can use 1031 Exchanges?

Section 1031 of the tax code allows property owners to defer taxes on the sale of their real estate held for business or investment purposes.